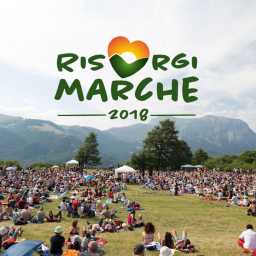 This year, Regione Marche and the CROWD4ROADS project have partnered in a long series of public events that were held during the summer months. All events have been promoted by the region’s administration and by local communities, promoting the adoption of SmartRoadSense and the use of trip sharing solutions such as BlaBlaCar.

The Risorgi Marche festival had a very large resonance among the local population and nearby regions, attracting more than 150.000 people to attend live music shows organized in locations hit by the recent earthquake. Similarly, the PhotoWalk2018 has brought groups of participants to lesser known places in the Marches, to explore them, discover artistic, natural, or gastronomic highlights, while sharing the trip through social media. Finally, the Camper in viaggio tour has been on the road since 21th September and will reach the finishing line in the end of October, driving through several cities within Regione Marche while using SmartRoadSense.